One Way to Do It

No one is quite sure how it happened, but one time the pope was accidentally booked to speak at a Star Trek convention, the largest in the world. There was a great deal of commotion at the Vatican when the mistake was discovered, and it has to be said that more than a few heads rolled.

There were recriminations, and counter-accusations, and firings, and consultants brought in, and in short “quite a time” was had by all. The reason for all the dismay had to do with the contract that had been signed, and sealed. The terms of the contract stipulated some things that would be very embarrassing to the Vatican if they were to cancel the appearance, even more embarrassing than the embarrassment of having the pope speak there at all.

The individual who had negotiated the whole deal had quit shortly after the last contract had been signed, and he was now down the road. More than a few people suspected that the whole thing had been done deliberately.

After a few weeks of seeking in vain for a solution, the head of scheduling said, “No sense putting it off any longer. We have to go speak to the holy father, and ask him what he would like us to do.”

And so, after they had explained the whole debacle to him, the pope surprised them all. “Oh, I can go,” he said.

“You won’t feel out of place?” one of them managed to ask. 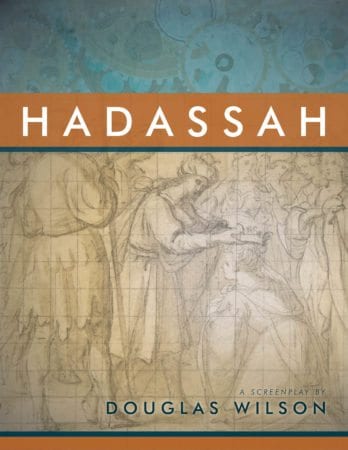 This is the book of Esther in the form of a screenplay, in a steampunk setting, by someone who has never written a screenplay before. Leave me alone.

Re: Pope at the Trek Convention joke… Whoever came up with that one is woefully ignorant of Trek fans. Better to have said a video gamer convention or similar.

And this, ladies and gentlemen, is why the joke works.

I went to a Star Trek convention once…30ish years ago…where I goaded my (happily married) friend into proposing to Michael Dorn.