Skip to content
Sharing Options
Show Outline with Links
Contents
There You Go
Are the Sign Gifts for Today?
A Song I Really Like for Some Reason
A Fine Reductio
Yeah, Lend a Hand
Jokes I Like to Tell
And Well Done
Featured Product
A Worldview Wheel

Once a man was walking to his car after a late night at the office, and he happened to walk by a tavern that had a parking lot right next to it. As he walked by, he noticed another man was out in the middle of the parking lot, crawling around on his hands and knees.

He walked over and asked if the gentleman needed any help, as he had obviously been drinking. The man said yes, he could use some help as he was looking for his car keys that he had dropped. The first man resolved to help him find the keys so that he could give the keys to the tavern owner, as the man was obviously not fit to drive.

And so they looked, and looked, and looked some more. They covered every square inch of that section of the parking lot, and for good measure they looked under some of the adjoining cars. After about a half hour of this, the sober man said, “They really don’t appear to be here. Are you sure this is where you lost them?”

“Oh, no,” the drunk man said. “I dropped them over there, over by the dumpster.”

In exasperation, the Good Samaritan said, “Why on earth are you looking over here then?” 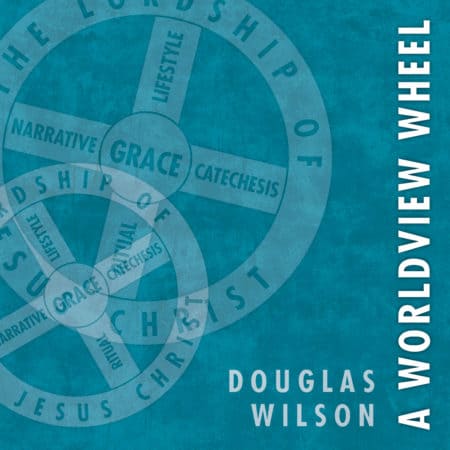 A worldview consists of much more than the thoughts you are thinking. The whole person is involved in it, along with an entire culture. This short little book explains how that works, and does so in a way that we hope you find thought-provoking.