The Famine of Fatherhood

A Sentiment Not Uncommon

Wisdom From the Webs

One time there was a fellow who lived way up in the holler, and he would only occasionally come down to where the other folks lived. He would come down when he needed supplies from the general store, which was about four times a year, or to visit the bootlegger just outside of town, which he did twice a year.

So one year he came down to the bootlegger’s house, and went around back of the house to find his friend hard at work, hovering over his still. He would make his own stuff, but he also used to get the premium stuff in from the big city. After they had exchanged the usual pleasantries, this fellow got down to business.

He wanted some bourbon, and so he asked his bootlegger friend for a fifth of Old Rabbit. His friend was puzzled because he had never heard tell of anything like Old Rabbit. He stood there scratching his head for a minute. “Nassir,” he said, “I ain’t never heard of Old Rabbit. I don’t believe anybody makes that. But I’ve heeerd of Old Crow. I have some Old Crow I can sell ya.”

But his customer declined. “Nah, I don’t wanna fly. I just want to hop around a little bit.”

And Another Podcast Also 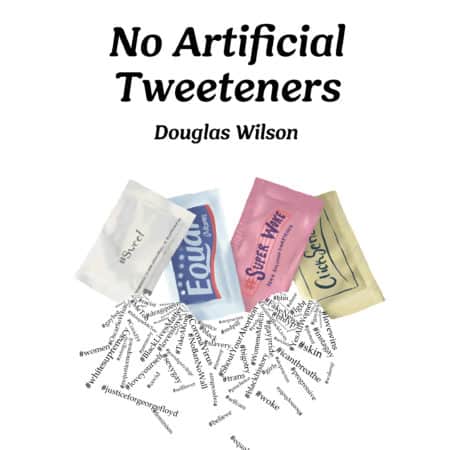 Okay, so I do tweet things from time to time. And over time, they accumulated, so when they got to the depth where I thought I should shovel the sidewalk, it also occurred to me that if they were all put into a book, it might make a book. And if it were refrigerated, to stay with the metaphor, it wouldn’t melt.

Love the Joke, but it works best if you know how to read Tennessee hillbilly accents into the language. Gives me a good belly laugh to hear a couple rednecks chattin’ it up over some moonshine.

I think you’re missing a couple of images here.

Very Funny. Good stuff thanks. Hey, you should have Joel Salatin on Man Rampant.